VXLAN’s goal is allowing dynamic large scale isolated virtual L2 networks to be created for virtualized and multi-tenant environments. It does this by encapsulating Ethernet frames in VXLAN packets which when deployed in Wi-Fi topologies can create highly extensible Layer 2 inter-network domains over large campus, MDU, venue service networks.

The VXLAN encapsulation method is IP based and provides for a virtual L2 network. With VXLAN the full Ethernet Frame (with the exception of the Frame Check Sequence: FCS) is carried as the payload of a UDP packet. VXLAN utilizes a 24-bit VXLAN header, to identify virtual networks. This header provides for up to 16 million virtual L2 networks.

Frame encapsulation is done by an entity known as a VxLAN Tunnel Endpoint (VTEP.) A VTEP has two logical interfaces: an uplink and a downlink. The uplink is responsible for receiving VxLAN frames and acts as a tunnel endpoint with an IP address used for routing VxLAN encapsulated frames.

In a traditional L2 switch a behavior known as flood and learn is used for unknown destinations (i.e. a MAC not stored in the MAC table). This means that if there is a miss when looking up the MAC the frame is flooded out all ports except the one on which it was received. When a response is sent the MAC is then learned and written to the table.

The next frame for the same MAC will not incur a miss because the table will reflect the port it exists on. VXLAN preserves this behavior over an IP network using IP multicast groups.

OpenWiFi device will establish a VTEP adjacency to the upstream switch. It is anticipated that any Wi-Fi networks in a VxLAN topology are associated to "upstream" interface(s).

The following example creates a VxLAN endpoint from a WAN upstream port that will participate in VLAN 100, encapsulate this into VxLAN where it may be distributed across the campus or venue transparently. 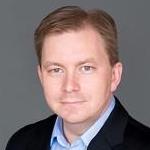